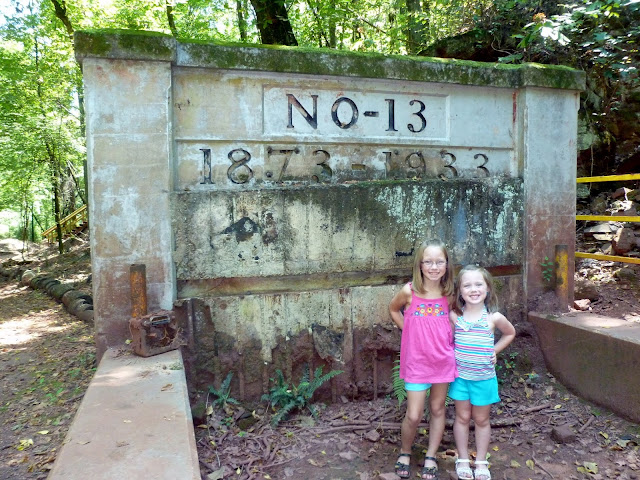 After church today we went for a hike along the new Red Mountain Park trails.  Although the girls were enthused on the way in, it wasn't long before they were groaning about being hot and tired.  They managed, though.

As we began our hike, Kendall picked up a large walking stick.  "Look, Mommy," she said, striking a rock with it. "Pshhhhh!  I'm like Moses."

Since the Israelites journey out of Egypt had been the subject of this morning's Sunday school lesson, we were pleased to see that Kendall had been paying attention.

Emily was quick to want to join in. "If Kendall is Moses," she said, "who can I be?"

"You can be Aaron," Misty told her.  "And Daisy can be Pharaoh."

Amazingly enough, Emily did not balk at pretending to be a boy -- perhaps because Kendall had assumed the role of a boy, too.  The game amused the girls for a while as we walked until Kendall pointed out problems with the assignments.

"If Daisy is Pharaoh, why is she in the front instead of behind?" Kendall questioned.  "And why is she all by herself?  Shouldn't she have an army with her?"  Good points.

After less than a mile we came upon one of the old closed-off mines, which had been our goal.  The girls noted that this was like the Seven Dwarfs mine, but they were more interested in checking out a rusty old car radio full of yellow jackets.

On the way back we saw a few people riding the park's zip lines.  It looked fun, but I'm not sure I'd be brave enough to try it.

We also came across this moth lying along the trail.  It appeared to be injured, and Emily was a little upset about it, but not being experts in moth veterinary medicine there was little we could do for it other than admire its beauty. 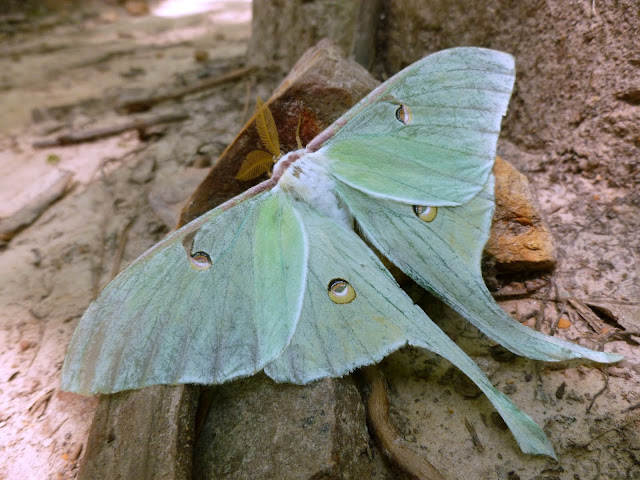 Posted by Unknown at 9:04 PM
Email ThisBlogThis!Share to TwitterShare to FacebookShare to Pinterest