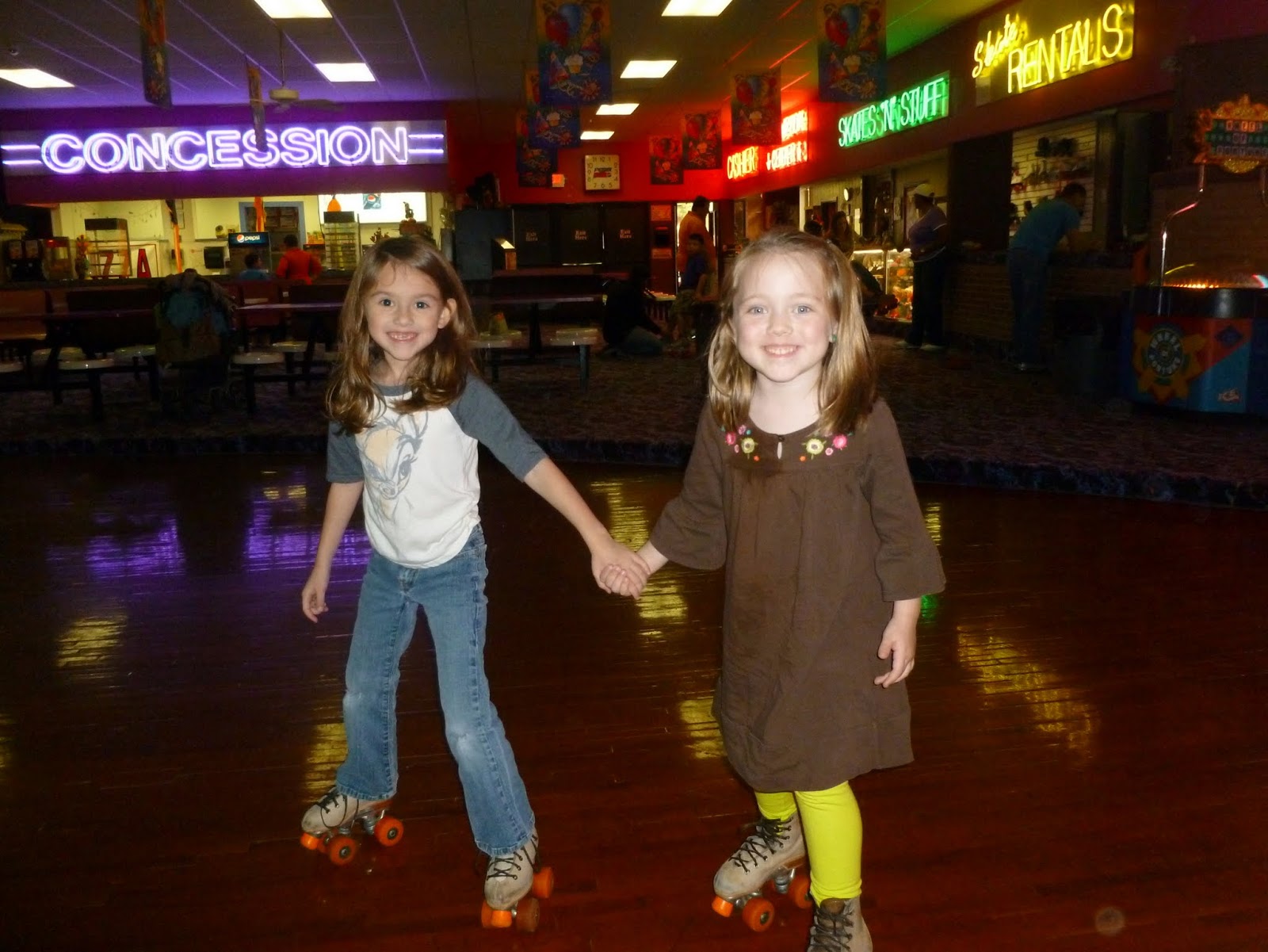 Kendall attended her first birthday party from one of her classmates this afternoon at Roller Motion Skate Center near our house.  Since it was a party for a boy, she was very concerned that there would be other girls there.  It was hard to get her enthused about going (despite her admission that Max is one of the nice boys in her class), but she perked up as soon as she saw her friend Shelby there.  The two of them hung out skating together nearly the entire time.

We'd only taken Kendall roller skating one before, so she was still not used to having wheels attached to her feet.  She fell down more times than I could count, but she never once cried or gave up.  She'd pop right back up and keep skating (which was really more like shuffling her feet, but she had fun).  What a great attitude!

I was pleased to learn that since the family had rented out the whole skating rink, parents could join in.  One of the other dads commented to me that we were going to be sore tomorrow, but it was well worth it to have so much fun with my little girl. 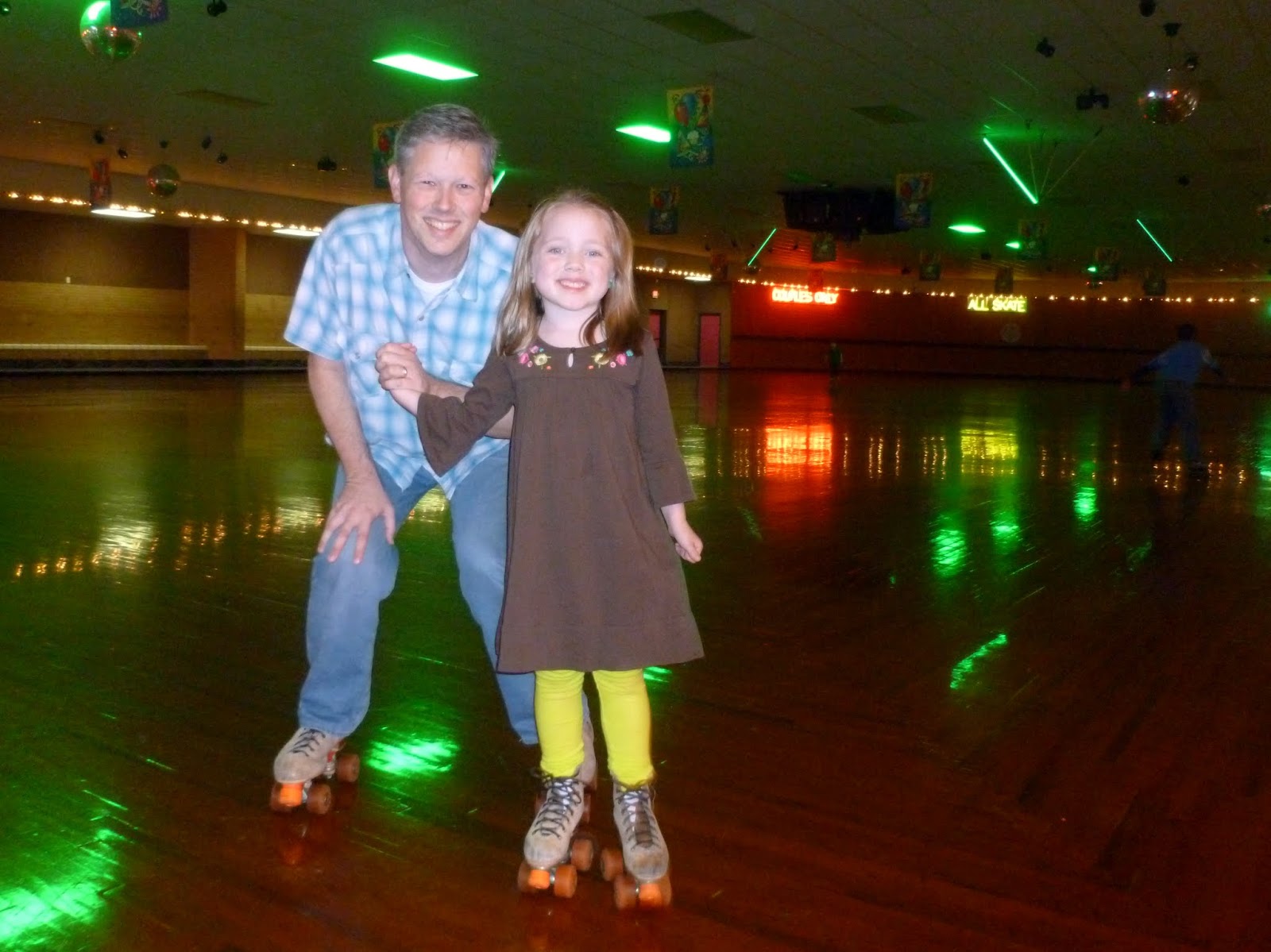 Posted by Unknown at 3:01 PM
Email ThisBlogThis!Share to TwitterShare to FacebookShare to Pinterest