Thanksgiving traditions (with a few changes) 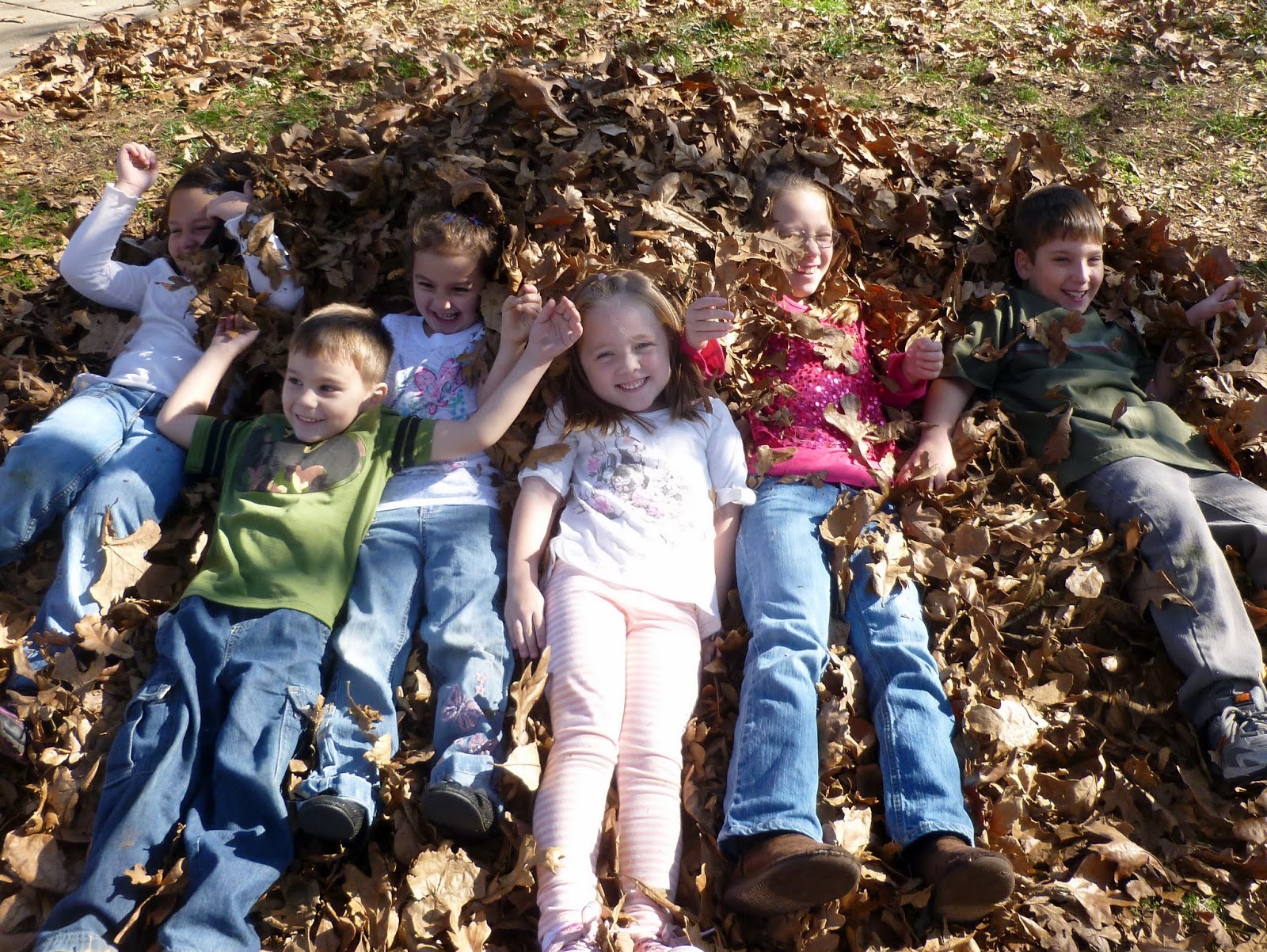 Keeping with our Thanksgiving tradition, we spent today in Cullman with Misty's family.  With all the family tree branches and various friends, there were 31 people there (plus three dogs, a cat, two donkeys, and a bunch of cows). 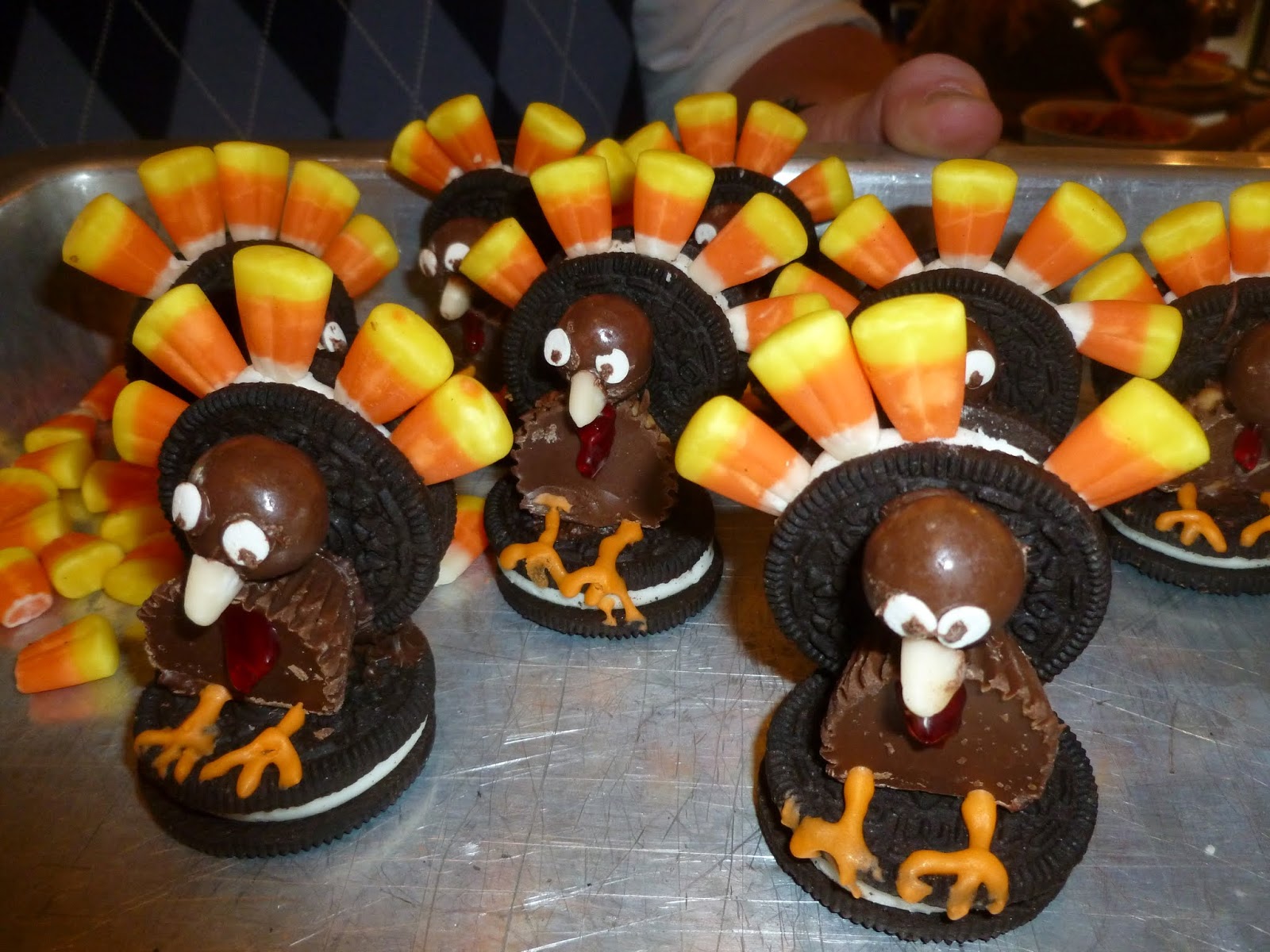 To make room for the seemingly ever-growing crowd, the feast was moved to Kristen's house this year instead of Cathy and Jackie's.  Jackie happy informed me that this was enough to cement the change as a permanent tradition, and that hosting duties had been officially passed to his daughter.

With most guests bringing multiple dishes to share, there was a boatload of food, and we stuffed ourselves with as much as we could cram on our plates.  The niftiest desserts were little turkey's Misty's mom made out of Oreos, Reese's Peanut Butter Cups, candy corn, and Whoppers.  I don't know how they tasted though, because the kids ate them all.

Emily always looks forward to playing in the leaves at Thanksgiving because, unlike at our own house, there are enough to rake into a pile.  Kristen and Kevin were more than happy to let her rake them. 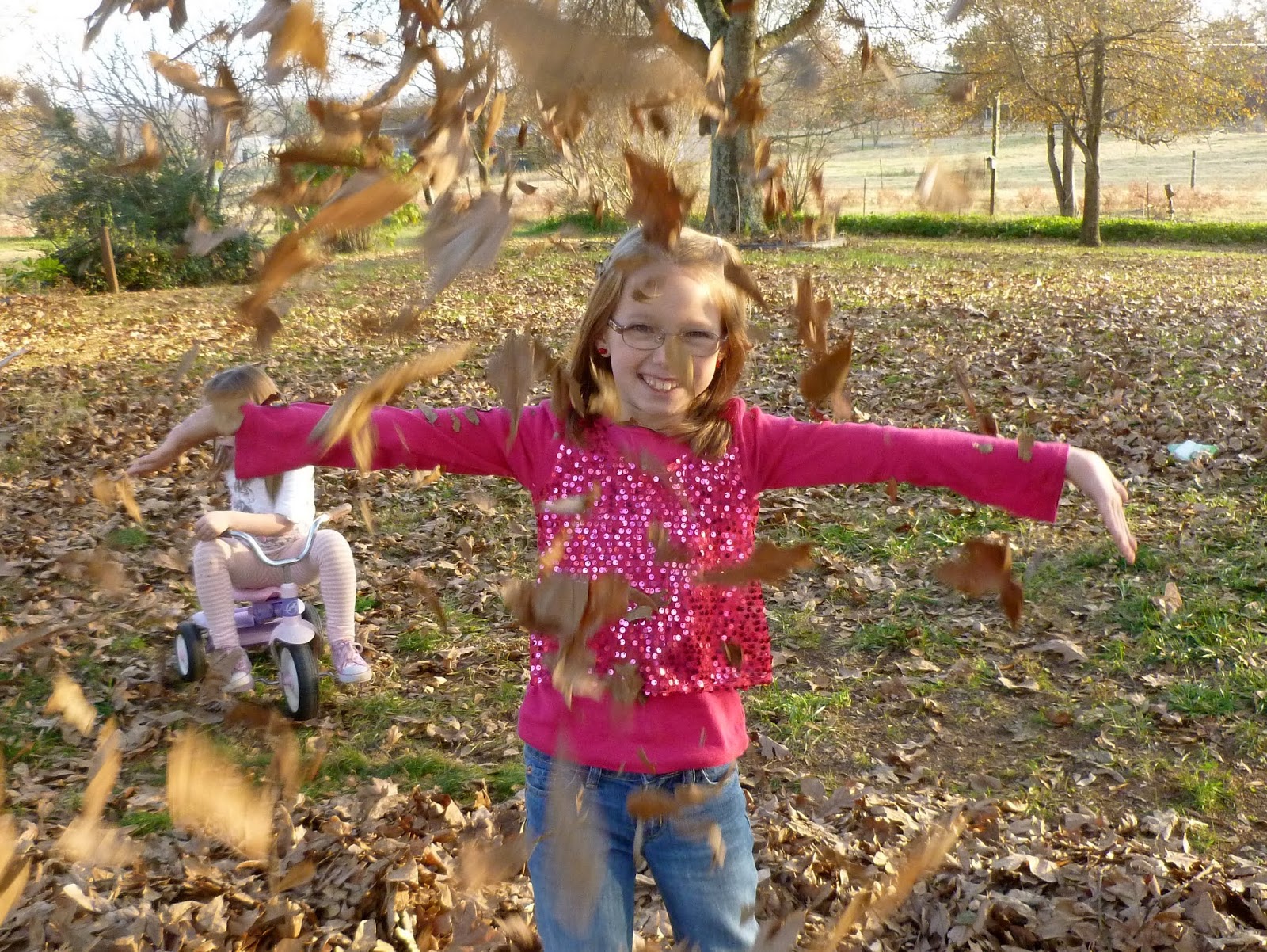 And just in case you didn't believe me about the donkeys (they keep the coyotes away)... 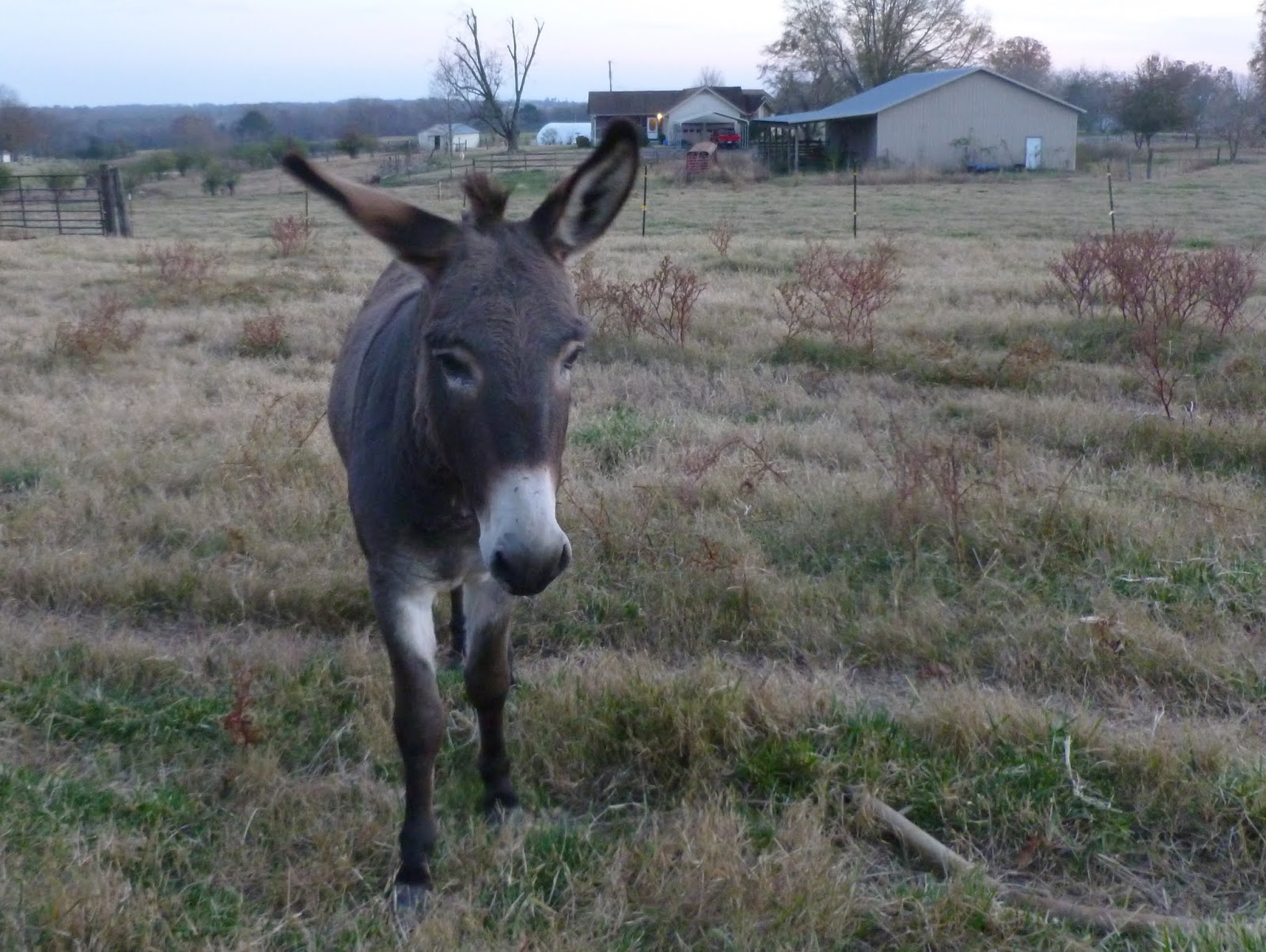 Posted by Unknown at 9:28 PM
Email ThisBlogThis!Share to TwitterShare to FacebookShare to Pinterest