Emily lost a tooth last week. She came upstairs to show us the bloody gap in her mouth and announced, "I pulled out my tooth! It felt like I got shot in the face, but I didn't even even cry a bit!"

Of course, the extracted tooth meant a visit from the Tooth Fairy. Apparently during the night she met Eddie, our Elf on the Shelf, and left quite an impression. Emily woke to find not only her tooth gone, but also Eddie holding a heart-shaped sign he'd made with a marriage proposal. 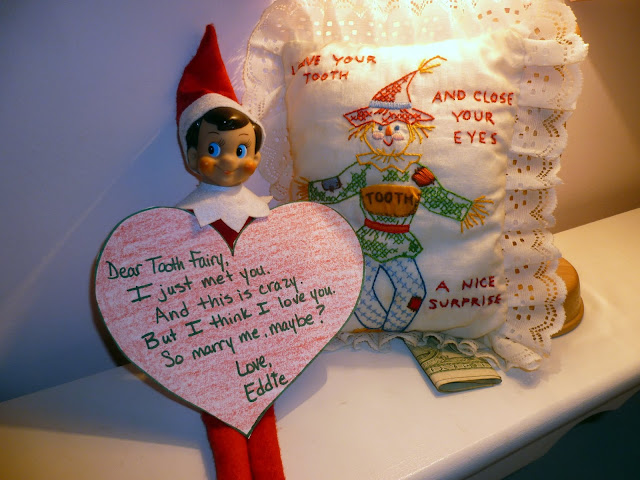 Within 24 hours, however, Eddie had broken off his engagement. The next morning we found him sitting next to a box that had shipped from the North Pole and been stamped in countries all over the world. The box had a note on top that read: "Dear Emily and Kendall, I think Eddie needs some help. Love, Santa."

Eddie was holding a note of his own that read simply: "Dear Tooth Fairy, I changed my mind." 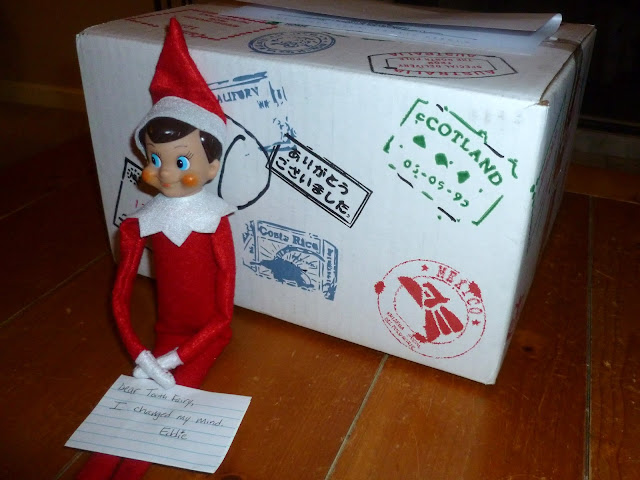 Upon opening the box, it became clear what prompted Eddie's fickle heart to break off his brief romance. Inside was a new Elf on the Shelf, and this one was a girl!

After much deliberation over names (suggestions included Betty, Elf-vira, Mistletoe, and Catherine [like cousin Eddie's spouse in the "Vacation" movies]), we settled on Holly. 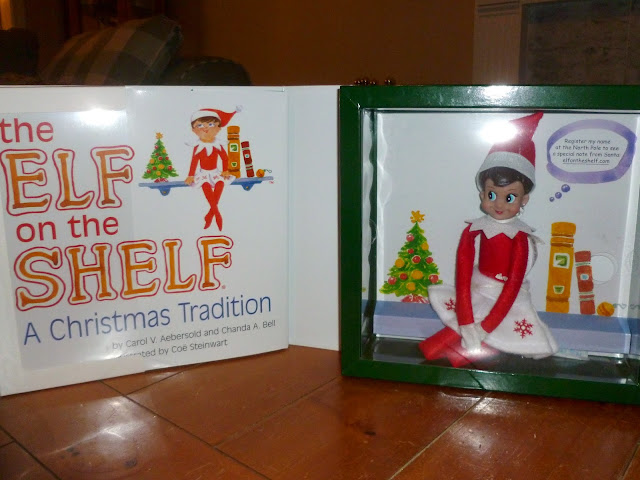 With a new girl elf in the house, Emily and Kendall set about making her feel welcome. They got some shoe boxes out of the garage and constructed a play house for our elves using doll furniture. The next morning they were very pleased to find Eddie and Holly sitting in the chairs they'd set up, but the elves had also extracted an array of desserts from the fridge and added them to the table. 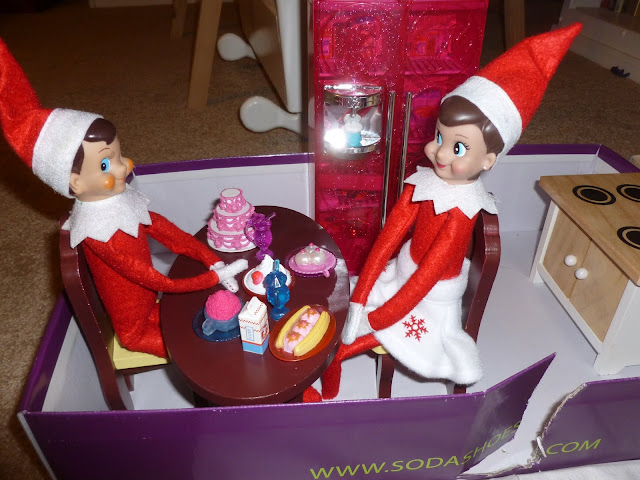 At first it seemed that Holly might help keep Eddie in line. If he was looking to impress her, he'd be on his best behavior, right?

The next day though, that theory was proven wrong as we came downstairs to find our Christmas tree looking like the Toomer's Oaks after an Auburn victory (well, maybe not that dramatic). 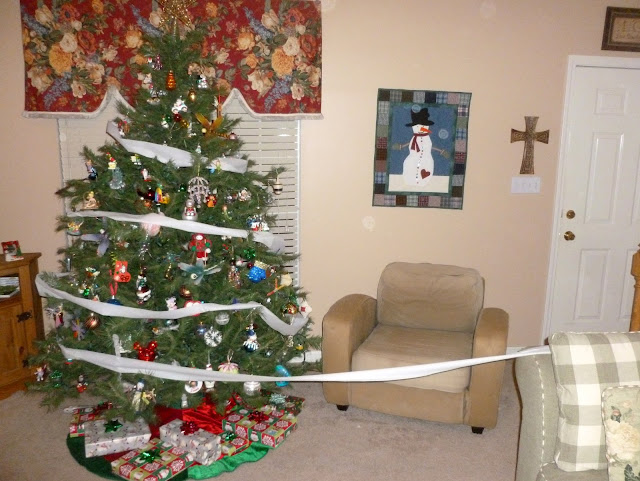 The toilet paper trailed off from the tree, leading down the hall and into the bathroom, where it was still connected to the roll on the wall. And sitting there grinning together were Holly and Eddie. 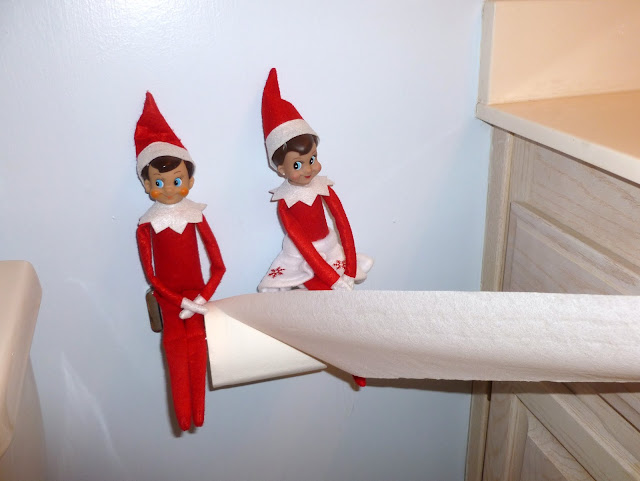 So the question is now: Is Eddie a bad influence on Holly, or is she just as mischievous as he? And what would the Tooth Fairy think of all this?
Posted by Unknown at 8:20 AM
Email ThisBlogThis!Share to TwitterShare to FacebookShare to Pinterest