Elf on the Shelf, in a tree, and who knows where else 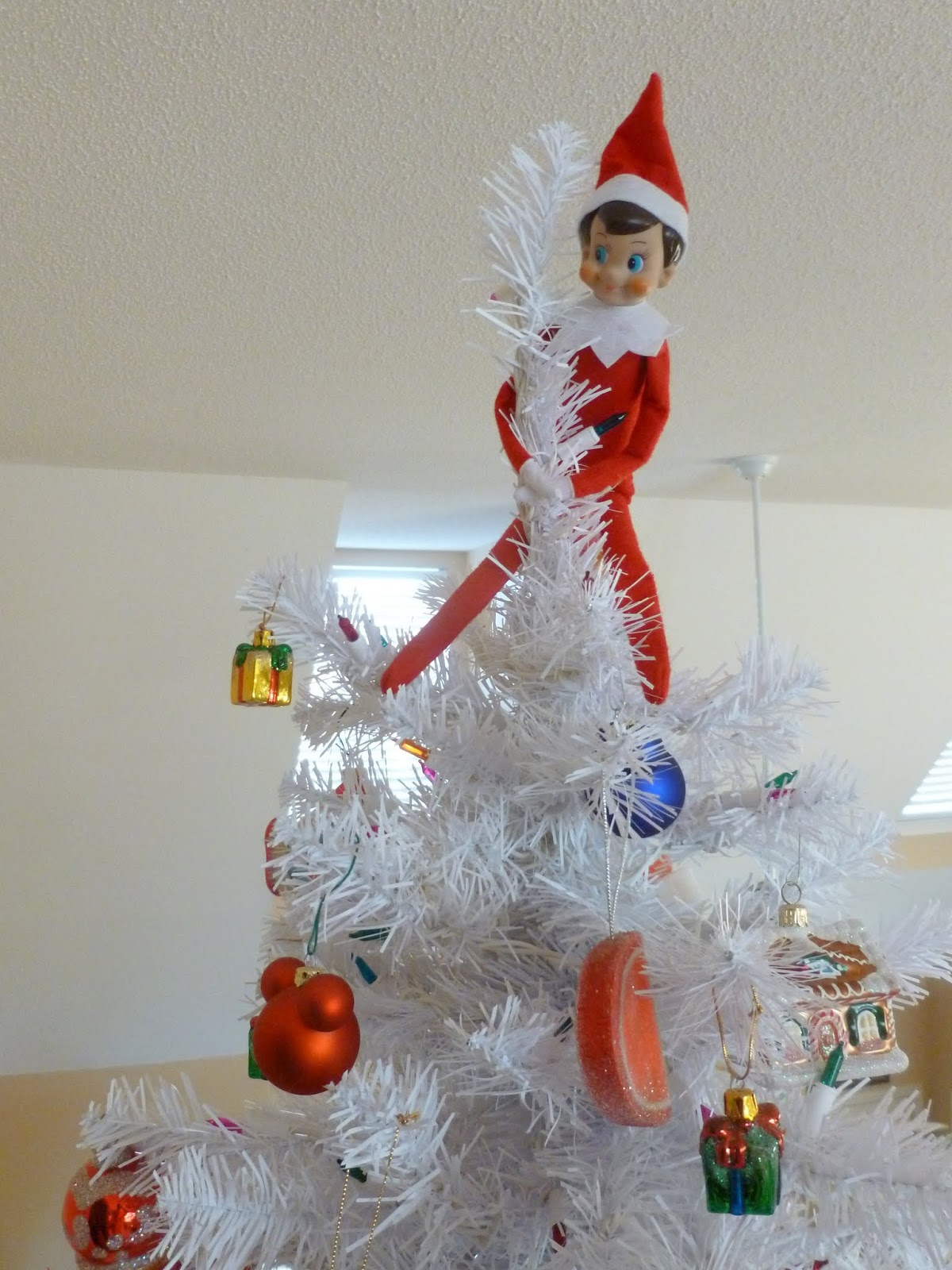 Our Elf on the Shelf returned this morning.  And thank goodness, because the girls have been driving me crazy mentioning his absence every five minutes as if the repetition would somehow make him materialize.  Emily had even begun incorporating our elf into prayers:  "God, please let Eddie come tonight."

Apparently, some kids at school have been talking about their elves, who showed up just after Thanksgiving, and Emily and Kendall are eager to be part of the fun.  They even did some detective work, pulling out the Elf on the Shelf book and examining Eddie's original arrival certificate which noted that he first showed up November 30.  Of course, last year didn't make his appearance until December 1, and it looks like that tradition is holding.

Now that Eddie is here, the girls are very concerned with what he's up to.  He tends to get into mischief, but usually doesn't make too much mess.  Today we found him atop the upstairs Christmas tree, watching the girls as they slept in the playroom.  I'll be taking pictures of his adventures each day.

Unfortunately, Eddie's presence has not inspired the girls to curb their arguing with one another.  Even with him sitting on his usual perch in the kitchen, they'll keep bickering right below him without regard for his nightly reports to Santa back at the North Pole.
Posted by Unknown at 12:55 PM
Email ThisBlogThis!Share to TwitterShare to FacebookShare to Pinterest