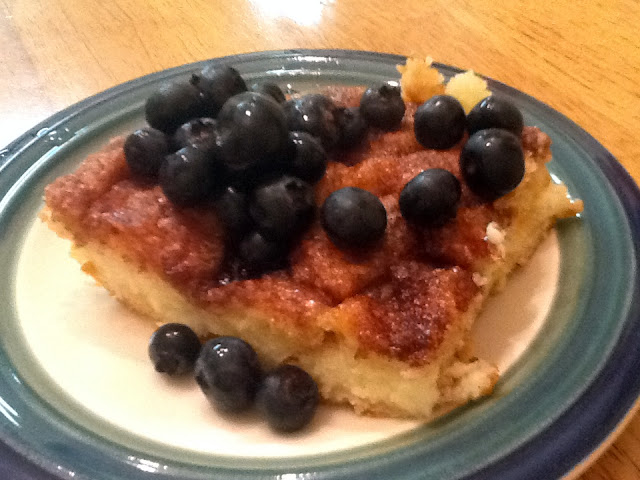 Kendall and Emily helped Misty make this dessert from a recipe found via Pinterest.  It's called Sopapilla Cheesecake, but Misty said you could have just as well been called "cinnamon cream cheese bake."  Sopapilla Cheesecake sounds fancier, though.  Whatever you call it, it's delicious.  We added some blueberries on top to disguise it as "healthful."  And as an added bonus, the girls didn't like it (I think they're being ridiculous), so more for Misty and me!
Posted by Unknown at 9:52 PM
Email ThisBlogThis!Share to TwitterShare to FacebookShare to Pinterest