Batgirls team up at Trunk-or-Treat 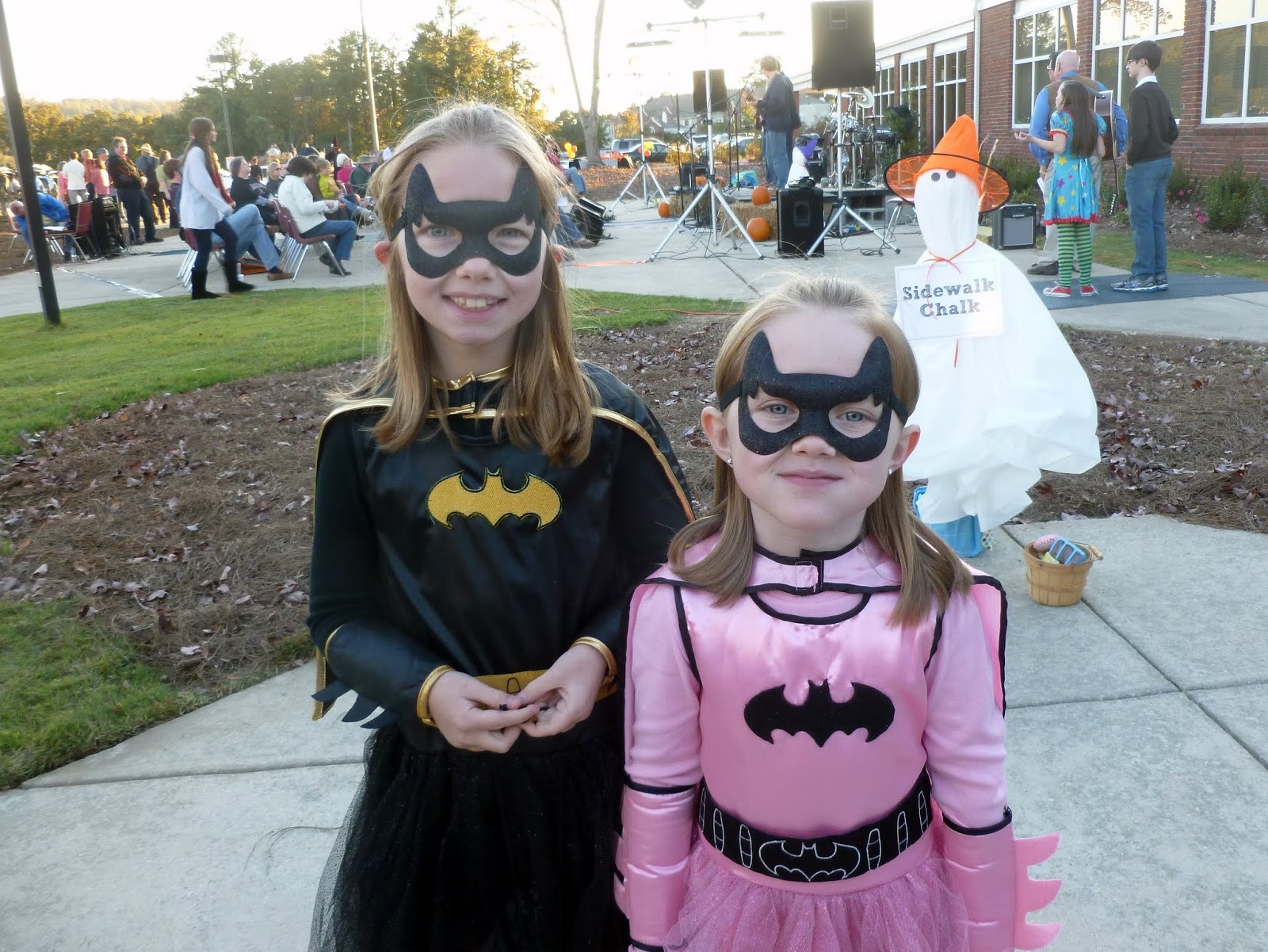 Emily and Kendall both decided to dress as Batgirl for Halloween this year.  Emily selected the traditional black Batgirl costume, while Kendall went with the lesser known pink Batgirl outfit (I think you can find it in "Crisis on Infinite Earths" or something).

I know what you're thinking -- that I encouraged them to dress as superheroes, forgoing their usual princess attire for the first time in years.  But I didn't.  This decision was made completely on their own.  In fact, Emily originally wanted to go as Spider-Girl, but costumes for her character are few and far between (before that, she'd talked about going as Galadriel from "Lord of the Rings").  Kendall had wanted to dress as Poison Ivy, which would have been a relatively easy outfit to piece together on our own.  In the end though, both of them landed on Batgirl.  They're little nerds, even though they don't realize it yet.

Kendall has had a cold for the past few days, so we kept our visit to the Homewood Church of Christ Trunk-or-Treat extravaganza relatively brief.  It was funny how all day they were so anxious to get there, but they were equally anxious to return home.  That's not to say they didn't have a great time (we all did) -- they just wanted to get into their haul of candy.  When they dumped everything out on the kitchen table, I was impressed by how cordial they were to one another in brokering trades.  The two Batgirls really worked as a team.
Posted by Unknown at 11:54 AM
Email ThisBlogThis!Share to TwitterShare to FacebookShare to Pinterest