Cuteness and terror at the pumpkin patch 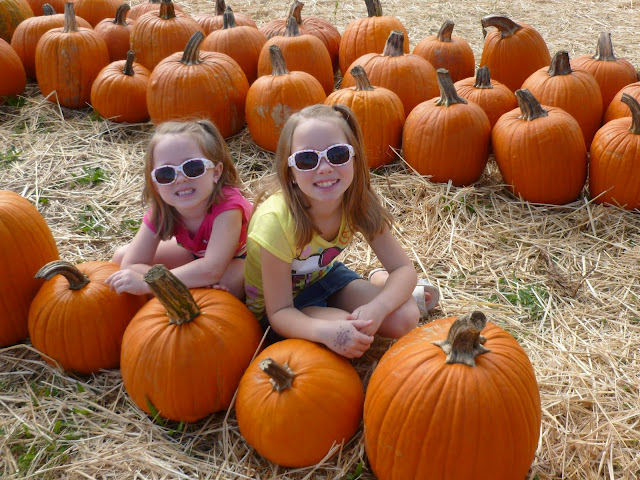 We hadn't been to a pumpkin patch in a couple years, so today we took the girls out with the intention of getting some new fall pictures.

I guess the people selling pumpkins figured out that parents just want to use their crop as a backdrop for cute photos, because the pumpkin "patch" we went to turned out to be a much bigger affair than I remembered.  Before it was just a big bunch of pumpkins for sale on a street corner.  Now there were also train rides, pony rides, inflatables to jump in, and a couple of little haunted houses.

We ended up buying a handful of tickets, and the kids declared another "best day ever" as they bounced inside a giant pumpkin.

Kendall was not a fan of the inflatable spooky house, though.  Misty went through it with her and said that she trembled the whole time she was in there.  There were no live participants to jump out and scare people -- just motion-activated characters you'd see at the typical Halloween store -- but Kendall wore a look of terror. 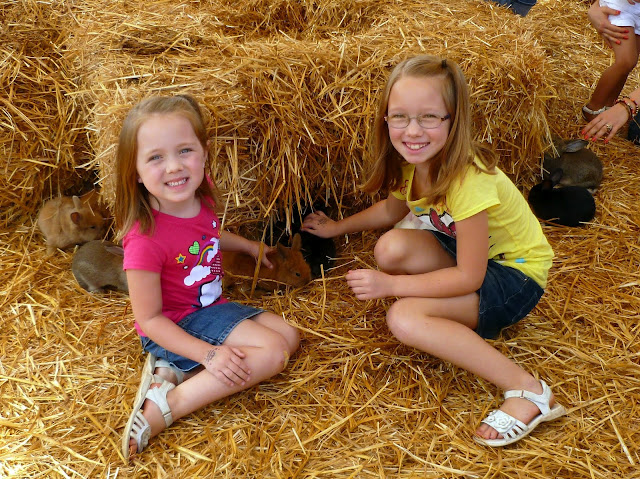 Posted by Unknown at 1:25 PM
Email ThisBlogThis!Share to TwitterShare to FacebookShare to Pinterest