Don't kiss frogs when you're sick

Kendall has been complaining of a sore throat for a few days, so I took her to the pediatrician this morning. Despite her throat, she insisted that she was not sick, so she was pretty mad when she realized we were driving into the parking deck at the doctor's office.

She got her throat swabbed and said, "It was horrible, but it was better than a shot."  Her culture tested positive for strep throat, so she'll be out of school for another day.

Meanwhile, at least Kendall's humor is well intact. She placed her Princess Tiana figures next to our big Halloween frog on the fireplace, smiled at me and said, "Nothing happened. He's still a frog." 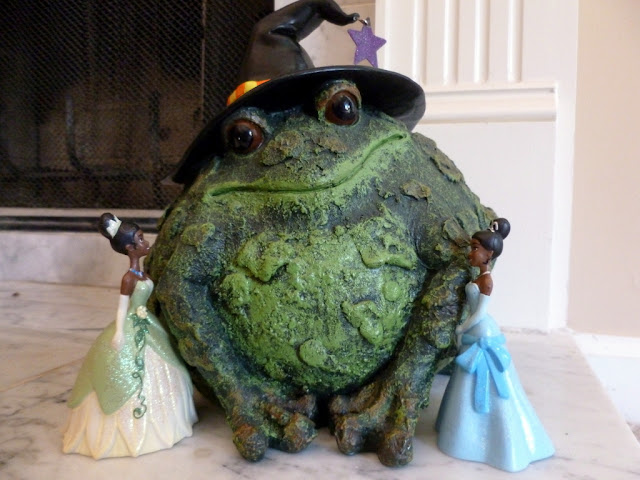 We also watched a Halloween movie called "La Leyenda de la Llorona" on Netflix.  In case you couldn't guess from the name, it's in Spanish, so I had to read her the subtitles.
Posted by Unknown at 7:09 PM
Email ThisBlogThis!Share to TwitterShare to FacebookShare to Pinterest